Being Serviceable: a life we’ve lost

Production and Consumption: Work and Leisure

It was when I came across a seventeenth-century recipe for making ink that a thought struck me. Actually, quite a productive thought – the early household was a zone of production, not, as today, of consumption.

Colonial Ipswich was a thriving, prospering town — without a single shop, not one! Of course, there were workshops that produced things such as furniture and shoes, but there was nothing like the retail shop of today. Nobody in seventeenth-century Ipswich went shopping. More importantly, nobody even had the mental concept of “shopping.” Bliss! 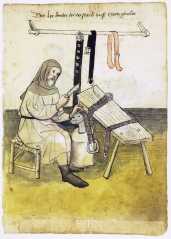 A household did not buy what it needed, it made it – at least as far as possible. Early Colonial townsfolk may have bought shoes and furniture, but they made candles and cloth and cheese and ink. They didn’t go out to eat or order in: they grew, stored and made everything they ate. They were producers not consumers.

The realization that production rather than consumption was the main domestic activity may be provocative, but it’s very modern. It’s not how our early society was structured, and its not how people thought.

Daily life was a cycle of activity, one that was not divided into the opposing categories of “Work” and “Leisure.” Equally, towns were not organized into places of work and places of leisure: People did not go out to work (production) and return home to their leisure (consumption.) People certainly did not think of work as the means to earn enough to be able to consume whatever they wanted.

Early New Englanders engaged in the activities of daily life in order to make life better – better for themselves, their families and their community. They did not think of these activities as “working” but as being “serviceable” – a word that has dropped out of our lexicon, at least in their sense of it. Being serviceable meant doing things that made life better — older men often complained about how their reduced abilities prevented them from being serviceable.

It’s not that people didn’t sit in front of the fire and talk or tell stories – they did. But they didn’t say, “Aha, it’s six o’clock, the cocktail hour!” There was an integrated flow between being serviceable physically, reading the Bible and chatting in front of the fire. Life flowed on, and all of it was serviceable — provided you made sure that all your activities contributed to making life better. (Layabouts and drunkards were judged very harshly.) 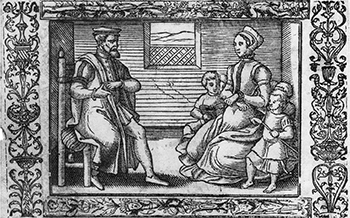 Serviceability makes absolute nonsense of the dichotomies of work vs leisure and production vs consumption. When a joiner was making a joint stool in his shop and went through the door into the house to eat dinner and then read the Bible to his family, he was engaged in a continuous flow of serviceable activity. Similarly, his wife had gathered the ingredients for dinner, cooked them, served them and listened to the wisdom of the Bible. Making life better. Being serviceable.